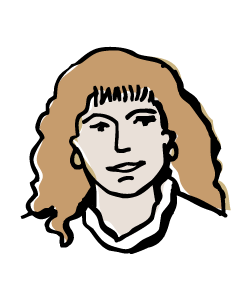 If you enjoy Caribbean food, make sure you explore …

In the United States, Chinese food is often spoken …

Are you planning an event in the near future where …

If you enjoy Caribbean food, make sure you explore the whole menu. In addition to some great main dishes, there are also some amazing Caribbean soups that you can enjoy.

Fish tea is a dish that is from Jamaica. It is a light soup with fish broth that is usually seasoned with thyme, pepper, and salt. It includes carrots, green onions, bell peppers, and green bananas. As for fish, usually inexpensive and small-sized fish is used in this dish, such as herrings, although the exact fish can vary. Most Jamaican soups are really hearty and thick; this is one of the few light and thin Jamaican soups. This is a great soup if you are looking for something light on your stomach or to go with other food.

Callaloo is a soup that is found in Dominica. It is actually Dominica's official national dish. The base is made with leafy vegetables such as spinach and dasheen. It also includes yams, green bananas, peppers, and onions. Inside of the soup, dumplings are added that are made from cornmeal and flour. The soap has a coconut milk base, giving it a little bit of a sweet and hearty feeling. It is often served with either avocado slices or with toasted bread. It is a nice and hearty soup with a lot of flavors.

Fish broth is from Trinidad and Tobago. It is another light soup made with a combination of fish, vegetables, fresh herbs, and either dumplings or pasta. This is a dish that has a lot of variety, depending on how the fish is seasoned and who is cooking it. It is a soup that gets better with time, with the broth well known for tasting even better the second day after the flavors have sat and simmered for a longer time.

Joumou is a soup that is from Haiti. It is more commonly called Haitian pumpkin soup. This is a special soup in Haiti that is traditionally served on New Year's Day. This soup is served as a reminder about how Haiti won its independence from France. This soup is seen as a symbol of liberty and freedom in Haiti and is traditionally eaten in January, although you may find it on a restaurant menu during other times of the year.

Bouillon soup is another soup that comes from Haiti. It is more of an everyday soup that is consumed throughout the year. It is a really nice and hearty soup. It is made with cabbage, kelp, yams, scotch bonnet peppers, celery, potatoes, plantains, and meat. It is a soup you eat when you really want to fill yourself up. It is sometimes served with small dumplings if you want to make the soup even heartier.

The next time you order or go out for some Caribbean food, consider trying some delicious soup. Keep it light with some fish tea, or keep it hearty with some bouillon soup.